When you cross the little bridge over the grass where the moat used to be, the first building you come to is called the Byward Tower. This bridge is where the drawbridge used to be back when the moat had water in it. You remember me telling you about that, don’t you, null?

Inside the archway of the Byward Tower there was a gate that would come down to keep people out. I bet you are used to seeing a gate on a fence outside; they swing in and out, don’t they? But this gate instead would go up and down!

You can see in the drawing here what it might have looked like back then: The knights are rushing over the bridge with news for the king. They are going through the archway just as the gate starts to come down. 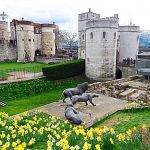 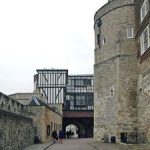 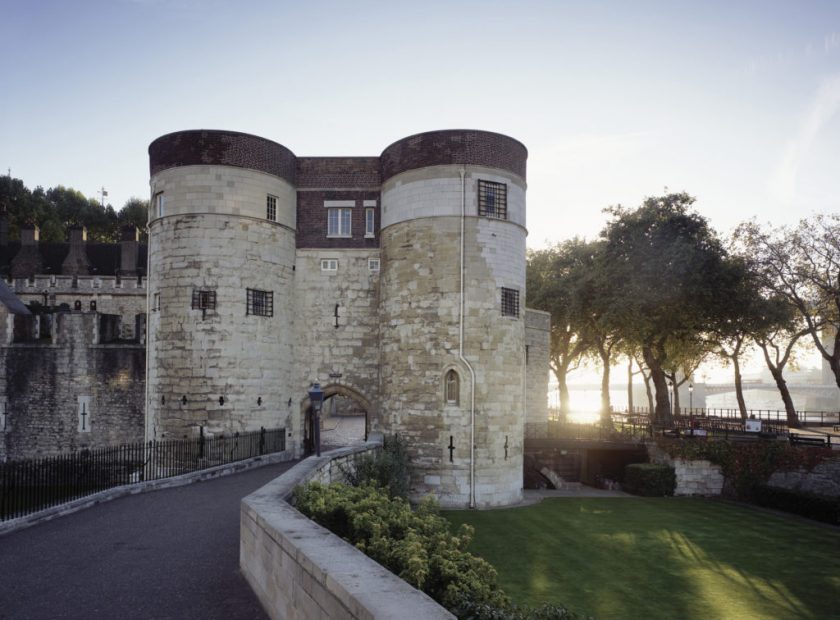