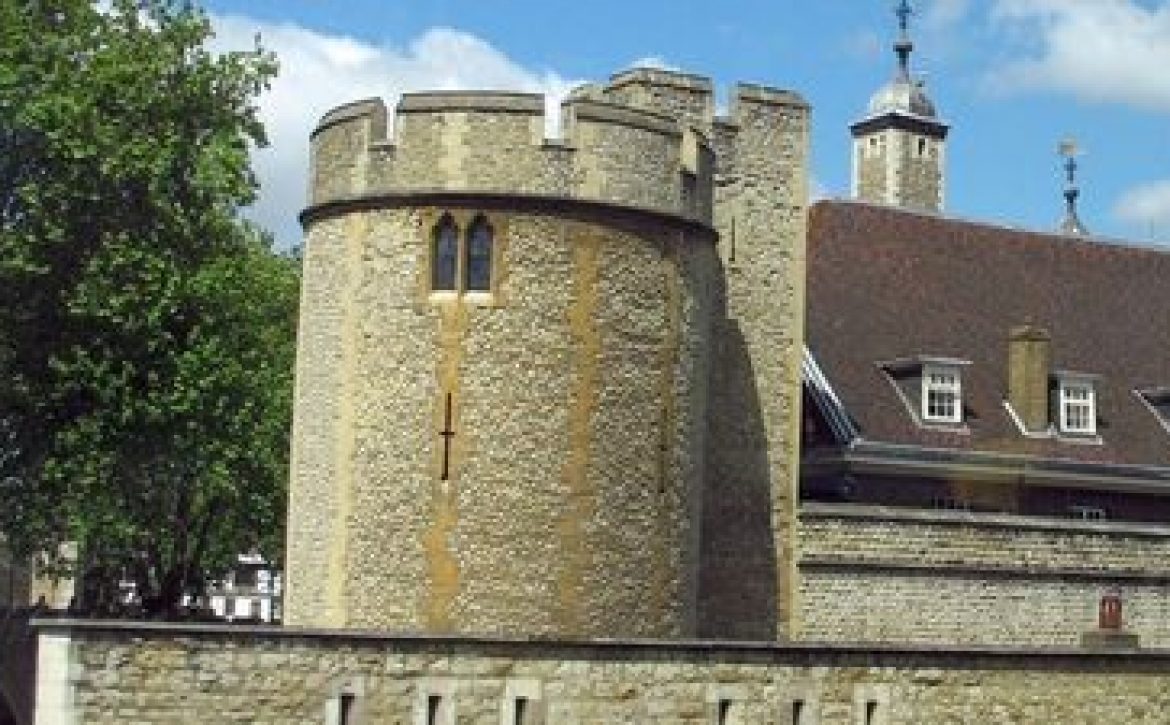 This tower, yet another built by Henry III, about 1235 was used in later days as a prison for Jesuits. It contains a number of interesting inscriptions, the most notable being a complicated diagram cut in stone for casting horoscopes. The inscription records that “Hew Draper of Brystow made this sphere the 30 daye of Maye anno 1561”. Draper was imprisoned for attempted witchcraft in 1561. 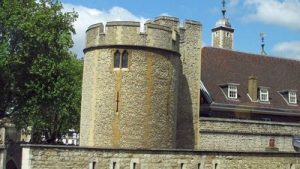 In several places on the walls a pierced heart, hand, and foot have been carved. This symbol signifies the wounds of Christ. As in other towers where the Jesuits were imprisoned. the monogram I.H.S, with a cross above the H, occurs in several places — the sign made by the Society of Jesus.

Next => The Ceremony of the Keys