The Byward Tower probably derives its name from by-the-ward, and gives access to the Outer Ward. It is here that the password is still demanded by the sentry at night. The Byward Tower archway leads to the Outer Ward. Ahead is Water Lane once ten feet lower than it is today. To the left is Mint Street. Here until 1810 stood the Royal Mint. Here too are the casemates where many of the Yeoman Warders live, and at one time there was a tavern with a golden chain as its sign on the site of No 1 Casemate. 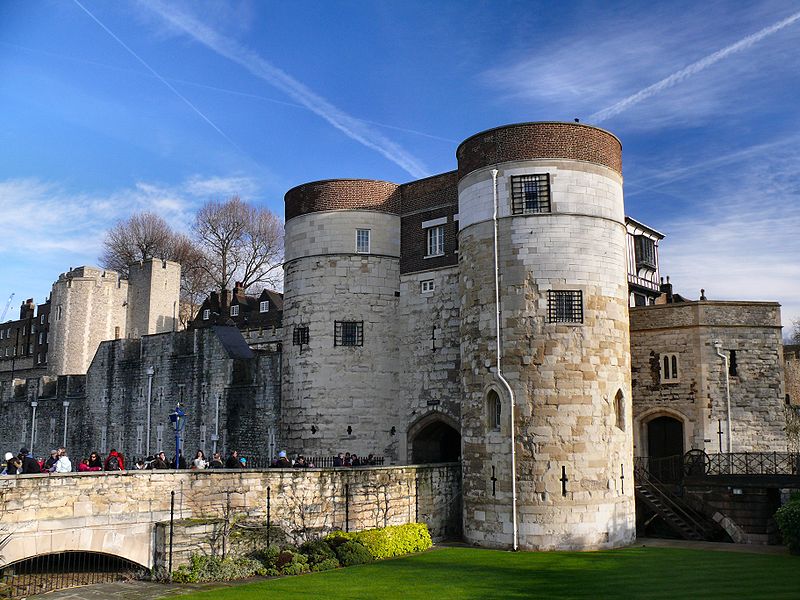 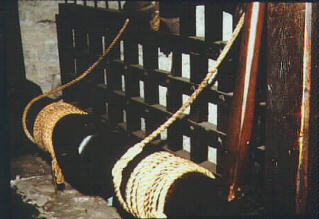 Winding gear for a portcullis. [R.Radliff]

The Byward Tower was important as last stand in a series of defenses guarding the land entrance to the fortress. There were the twin towers of the Middle Tower, the drawbridge (no longer there) in the middle of the causeway, and (within the Byward Tower) one portcullis, the gates, and the second portcullis. Only one of the tower’s paintings, made about 1400 of a crucifixion scene, has survived the centuries. It is in a room not open to the public that lies above the gate hall and which contains the winding gear for one of the portcullis.