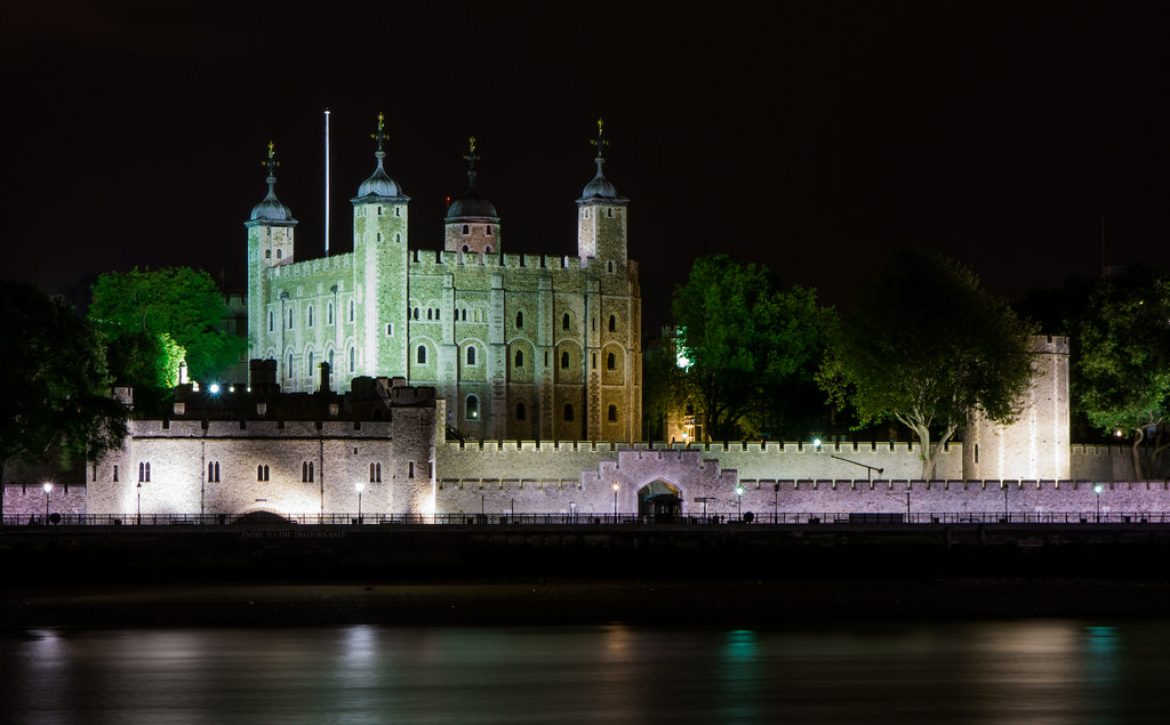 The Ceremony of the Keys

The Ceremony of the Keys is the traditional locking up of the Tower of London by night. It is one of the oldest and most colorful ceremonies of its kind, having taken place for the last 700 years in much the same form as it is seen today. 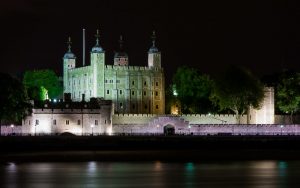 Every night at exactly seven minutes to 10 o’clock the Chief Warder emerges from the Byward Tower wearing his long red coat and Tudor bonnet, carrying in one hand a candle lantern and in the other hand the Queens Keys. With solemn tread he moves along Water Lane, to Traitors Gate where his escort provided by one of the regiments of Foot Guards awaits him. He hands the lantern to an escorting soldier and the party moves to the outer gate. En route all guards and sentries salute the Queens Keys. After locking the outer gate the Chief Warder and escort retrace their steps. The great oak gates of the Middle and Byward Towers are locked in turn. They now return along Water lane towards Traitors Gate where in the shadows of the Bloody Tower archway a sentry waits.

The party then proceeds through the Bloody Tower archway and up towards the steps where the main guard is drawn up. The Chief Warder and escort halt at the foot of the steps and the officer in charge gives the command to present arms. The Chief Warder moves two paces forward, raises his Tudor bonnet high in the air and calls “God preserve Queen Elizabeth.” The guard answers “Amen” just as the clock chimes ten and the bugler sounds Last Post. The Chief Warder takes the keys to the Queens House and the guard is dismissed.

The End of the Tour!