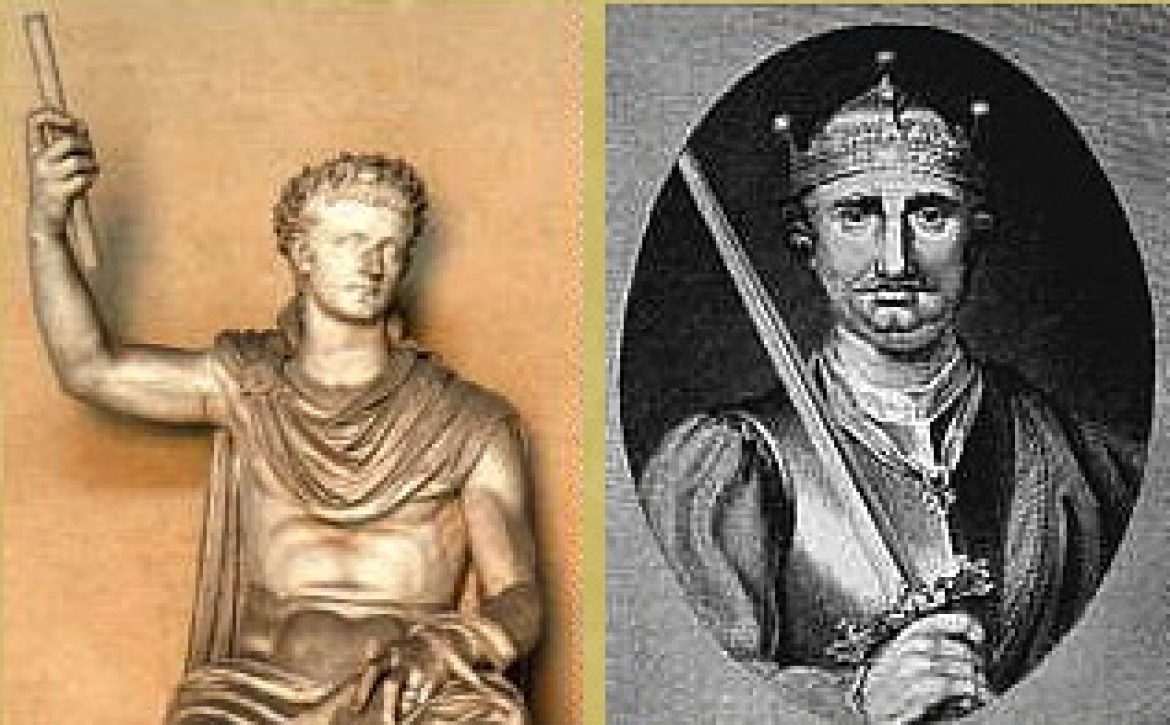 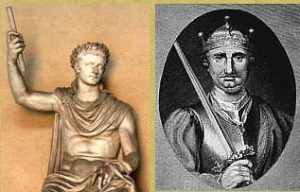 The Tower of London is the oldest palace, fortress and prison in Europe. The great fortress was created by William the Conqueror. The site he chose was the same one on which Claudius, the Roman Emperor, had built a fort more than a thousand years earlier; traces of the Roman wall can still be seen in the Tower. 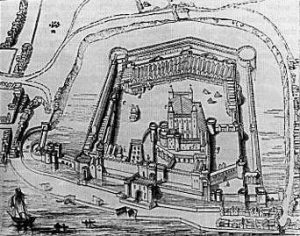 Sketch of the Tower complex (probably about late 16th century)

As king succeeded king the fortress was enlarged by building walls and smaller towers around the central keep. Towards the end of the 12th century Richard I added to its might by encircling it with a moat fed by the River Thames. The moat was drained in 1830 whereupon many human bones were found.

The Tower of London is roughly square in shape with two lines of defensive walls enclosing the great White Tower. At intervals on the inner wall are thirteen smaller towers; this is the Inner Ward. The outer wall is defended by six towers on the river face, and by two semi-circular bastions at the northeast and northwest corners. 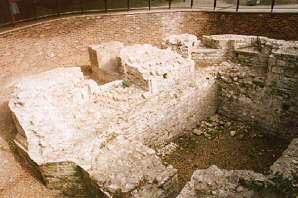 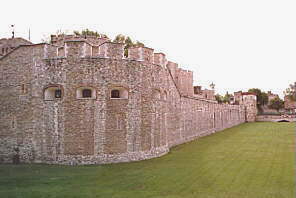 Legge’s Mount, one of two bastions, marks the end of one side of the Outer Wall. The grass field is that of the Moat, long-ago drained of water. At the far end of the Moat one can make out the causeway leading to the Byward Tower. [R.Pierce]

Next => The Middle Tower