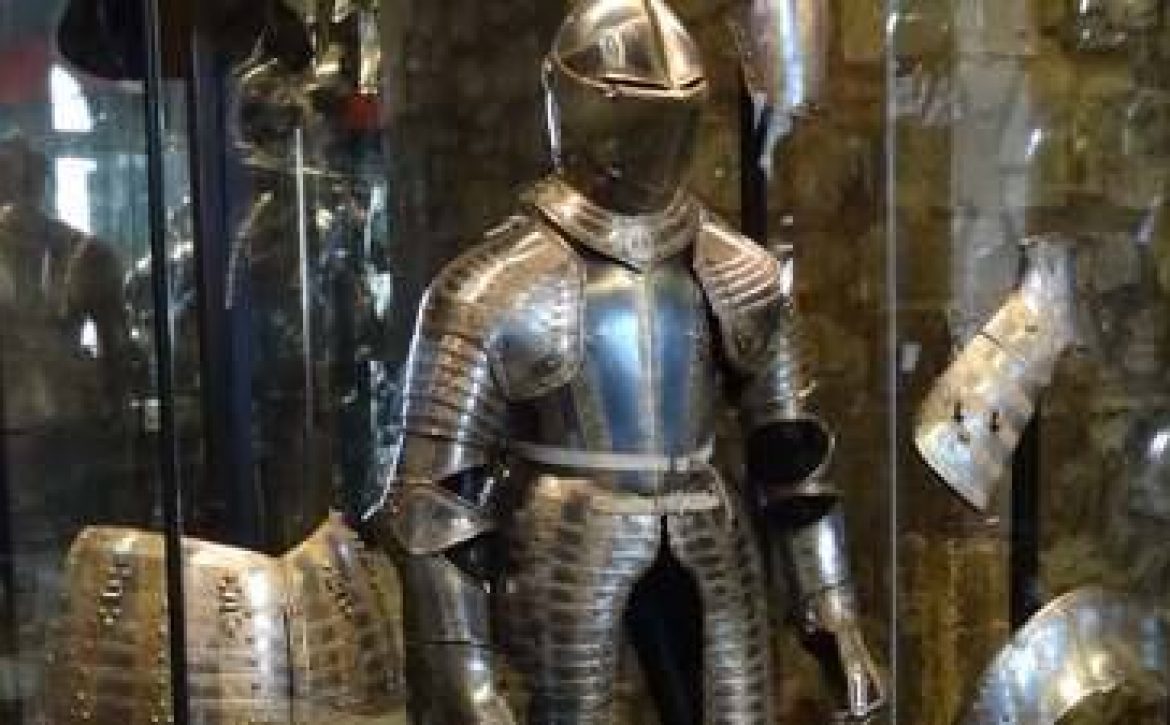 The Arms and Armour 2

In the adjoining Sixteenth-century Room, fine arms and armour date from that century, but exclude English products. Most conspicuous is the massive suit of German armour made around 1540 for a man nearly seven feet tall. From the middle of the century is the splendid Lion Armour embossed with lions masks and damascened in gold. 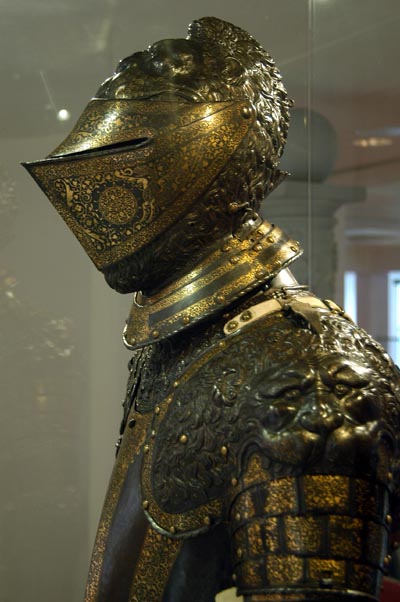 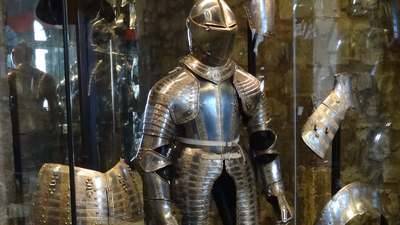 Armor of Charles I

Charles I’s armour is richly decorated with gold detail. You would have needed sunglasses to look at it in the light! 🕶️This spectacular armour is part of the @Royal_Armouries collection on display in the White Tower. #InsideTheTower @channel5_tv pic.twitter.com/lzkHXAfwBN

On the top floor, the Tudor Room is devoted mainly to the armours made in the royal workshops at Greenwich which Henry VIII established about 1514. They include four armours made for the king himself — one engraved and silver-plated — and others made at Greenwich for Tudor courtiers. There is an armour made for one of Elizabeth I’s favorites, Robert Dudley, Earl of Leicester, another for William Somerset, Earl of Worcester, another for Sir John Smythe, who vainly championed the use of the long bow many years after its inevitable super-session by firearms.

In the adjoining Stuart Room are beautiful little armours made in France and England for the Stuart kings and princes and the London-made harquebus armour of James II. They are the focus of a display devoted to the 17th century — the last period before armour ceased to be used. Separate displays are devoted to the armour, arms and accoutrements of the richly equipped bodyguards, the light and heavy cavalry, and the infantry. The armour of the pikemen was the last to be worn by foot soldiers before the increased efficiency of firearms made its use impractical.

Mortars at the Tower of London

In the basement is the Mortar Room, where the bronze mortars on view include one of the bores used for fireworks at the peace of Aix-la-Chapelle in 1748. At the far end of the room is the entrance to the sun-crypt of the Chapel of St John, where a carved and gilt figure of the Lion of St Mark, a trophy from Corfu, is flanked by a number of the finest small cannon from the armouries collection.

In the adjacent Cannon Room the walls are hung with relics of Henry VIII’s army and a great array of armour and weapons returned to the Tower after the Civil War. Here also is the greater part of the Armouries collection of cannon, including several from the ships of Henry VIII’s navy.

The New Armouries comprise a red brick building close to the White Tower. On the ground floor is a representative collection of armour and arms of Africa and the Orient. It is dominated by an armour for an elephant, probably captured at the battle of Plassey in 1757. 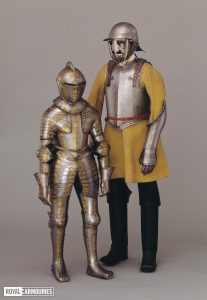 One Japanese armour on view was presented to James I by the governor of Edo in 1613. Many of the later sporting firearms on the first floor are of the highest quality. The flintlock guns include ones given by Louis XIV to the first Duke of Richmond, another was sent by Napoleon to Charles IV of Spain, and a third with matching powder flask, pair of pistols and stirrups, was made to the order of Elizabeth, Empress of Russia.

Here also are the Reverend Alexander Forsyth’s own models of the percussion lock he invented after years of experiment in the Tower. Superseding the flintlock, it completely revolutionised firearms development and, consequently, the science of war.

Previous <= The Arms and Armour 1

Next => The Beauchamp Tower