The Tower of London tour is an experience to remember as the entire structure is a landmark of rich British culture and heritage. It is one of the most famous tourist spots in London. Tourists from around the world visit this place to observe all the traditional practices that have been happening ever since the Tower of London was constructed. It is also viewed as a symbol of evolution because it has been a witness to how society has changed over time in terms of finances, artillery, and trade.

This fascinating yet horrifying Tower of London was built by William the Conqueror during the 1070s in the center of his London fortress to proclaim and defend his royal status and power from the Londoners. This skyscraper was built to dominate the minds and hearts of the defeated people. The Tower took almost two decades to be built. The stone used in its making was brought from Caen, France, by the masons themselves.

After the death of William, the Tower of London kept on expanding and developing by the rulers who came afterward. Henry III and Edward I played a pivotal role in expanding the fortress by building defensive walls and similar small towers, thus spreading the castle.

The medieval kings also converted the Tower into one of England’s strongest and largest concentric towers. They also ended up constructing stunning royal lodging. The Tower became a safe spot for all the kings and queens during times of war and trouble. The royalties would go into hiding in order to protect themselves and their royal possessions. Even today, it is used for protecting the Crown Jewels with the help of the garrisons of the soldiers. However, the Tower ended up suffering from failed defenses during the Peasant’s Revolt in 1381 when the rebels ran in through the open gates.

The fortress has a number of luxurious apartments where the medieval monarchs lived. They offered their prayers in the Royal Chapel and kept a number of exotic animals. This place was used to host rulers from different countries in extravagant ceremonies. The rooms of the Tower were modernized during the time of Henry VIII for the coronation of his new bride, Anne Boleyn.

Despite being a safe spot for the royalties, the Tower does have its fair share of tragedies and death. Henry VI was murdered here during the War of Roses in 1471 while praying in his private chapel, and later Edward IV, the great rival of Henry VI; his children were killed in this Tower in 1483. Anne Boyln was also locked here when she was accused of treason and adultery before being executed by the sword.

The Tower of London became a state prison during the Tudor age, and anyone who threatened national security would be sent there. Until the 20th century, German spies were brought here and shot.

Henry VIII, during his reign, ordered that the Yeoman Warders would stay and guide the Tower permanently. The Yeoman Warders are considered a symbol of the historical towers around the world and were part of the monarch’s personal guards and would travel with him everywhere. The guards, till today, carry out all the ceremonial activities associated with the Tower, such as locking and unlocking the Tower in a ceremony called the Ceremony of the Keys. They wear their infamous red uniform during the official ceremonies and during the gun salutes. The Tower is now home to the resident governor, a garrison of soldiers, the Yeoman Warders, and their families. 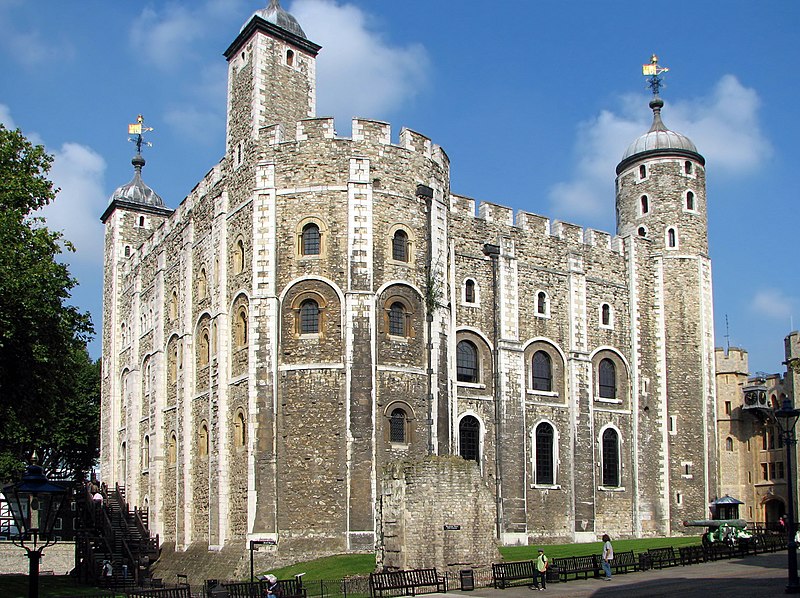 The Tower of London Tour Experience

The Tower of London has also played a part in literature and history, and till today, it is contributing to English history. As the Tower houses all the royal artifacts and crown jewels, it gives a very fleeting experience that all the wars, deaths, and conquests were real and not a figment of fiction. The Tower of London tour is an experience to behold for a lover of history.

How to Get to the Tower of London

There are multiple ways to get to the Tower of London. You can get here through the following:

Items You Need to Prepare for the Tower of London Tour

Only small daypacks are permitted on the Tower of London tour. Since you’ll be spending a few hours at the Tower of London, you should bring comfortable walking shoes, a water bottle, and a rainproof jacket. You will visit a few outdoor areas, and the weather can get unpredictable, even during the summer.

Best Time to Do the Tower of London Tour

It’s always best to remain updated about the opening and closing times of the Tower of London tour to avoid any uncertainty.

No matter the opening time, you should consider visiting during the weekday as it’s always crowded with tourists. We recommend you arrive early in the morning, even on weekdays, as crowds are expected after 3 pm or all day on weekends.

Sights to Look Out for During the Tower of London Tour

Once you have entered the Tower, there are numerous places you can visit and look at various crown jewels. A few of the hotspots in the Tower of London are listed down below:

This place was specifically used to make coins for trade. The remnants of the craftsmanship are displayed here, and the tourists can enjoy a number of activities that are offered here.

The Tower has been used as safekeeping for all the royal jewels since the 1600s. The jewels may not be appealing to some, but the history which comes with them is.

This is the ideal place for all history lovers to understand how life was in the past and how different monarchs lived in luxury. The walls of the castles are the witness to all the events which took place starting from the reign of William the conqueror.

Other places you can visit in the Tower of London are

The Battlements, the Bloody Tower, the White Tower, the Royal Chapel, the Ravens, the Tower Green, and Scaffold Site, among many others.

How to Get Tickets for the Tour

In order to book the Tower of London tour, there are numerous options available. The entire tour lasts up to 60 minutes if you are visiting with a group and almost three hours if you want to visit every place in the fortress and look at everything in detail.

To get started with your tour, you will have to purchase the city pass. This will allow you a full free day entry and has a plethora of other activities to offer. The pass has two options from which you can choose; the London Pass allows you to access the other attractions in the city. It has a list of 80 tourist spots you can choose from, and the other pass is called the Gocity London Explorer Pass. It is for those who prefer to visit one or two places per day. Both tour options are offered at the Tower’s main entrance.

Another way to book the Tower of London tour is via a travel guide. If you are not fond of looking for directions and waiting in long lines and you have to travel with children and older people, then booking a guide is the most suitable option for you.

Facts about the Tower of London

There are several curious facts about the Tower of London, and we are here to share some of them with you.

The ravens living in the Tower are regarded as its guardians; they can be found on the south lawn and love to mimic sounds and play with each other. Most of the ravens there have a name too. It is said that Charles II insisted that the ravens should be kept in the Tower.

The ceremony of the keys happening in the Tower is one of the oldest rituals that has been going on for the past 700 years. The ceremony used to take place even during the world wars and the great plague.

A lot of people have reported strange sightings in the Tower. Some of them even said that they had seen the ghost of Anne Boyln walking in the fortress.

Yes, there is a secret pub on the premises of the Tower called the Keys.

The top block of the White Tower was last used in 1747, and its basement is thought to be a torture chamber in the past.

Other Places to Visit Nearby:

Despite being the main tourist attraction, the Tower of London has many other places you can visit nearby. Some of them can be visited on foot; for others, you may have to use a cab or bus.

The most famous places you can visit are: