Henry III and his son, Edward I, are to be attributed to the creation of the Beauchamp Tower. Henry III is responsible for many of the towers and structures in the Tower of London, with eight wall towers built during the latter part of his reign. It was during Edward’s reconstruction of the western section that he replaced a twin-towered gatehouse built by Henry with the Beauchamp Tower around 1275-81.

Architecturally, the large amount of brick used, as opposed to solely that of stone, was innovative at its time for castle construction. The tower takes its name from Thomas Beauchamp, Earl of Warwick, imprisoned 1397-99 by Richard II. The three-story structure was used often for prisoners of high rank.

Of special interest are the inscriptions carved on the stone walls here by prisoners. The most elaborate is a memorial to the five brothers Dudley, one of whom was Lord Guildford Dudley, husband of Lady Jane Grey. These unhappy pair were executed in 1554.

On the west side of the White Tower is the Tower Green, which is bounded on the north by the Chapel of St Peter ad Vincula, and on the south by the Queen’s House. On the west green stands the Beauchamp Tower.

The Ravens and the Legend 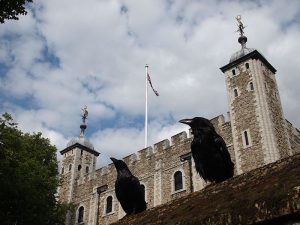 There have always been ravens at the Tower of London, and some are usually seen strutting about Tower Green. They are unfriendly and it is unwise to touch or feed them. Their wings are clipped so that they cannot fly away. A curious superstition dating from the time of Charles II prophesises that when there are no longer ravens in the Tower both the White Tower and the British Commonwealth will fall.

Previous <= The Arms and Armour 2

Next => The Chapel Royal of St. Peter ad Vincula

The Beauchamp Tower The Ravens and the Legend Tower Green 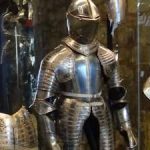 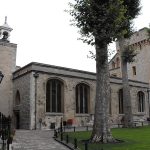 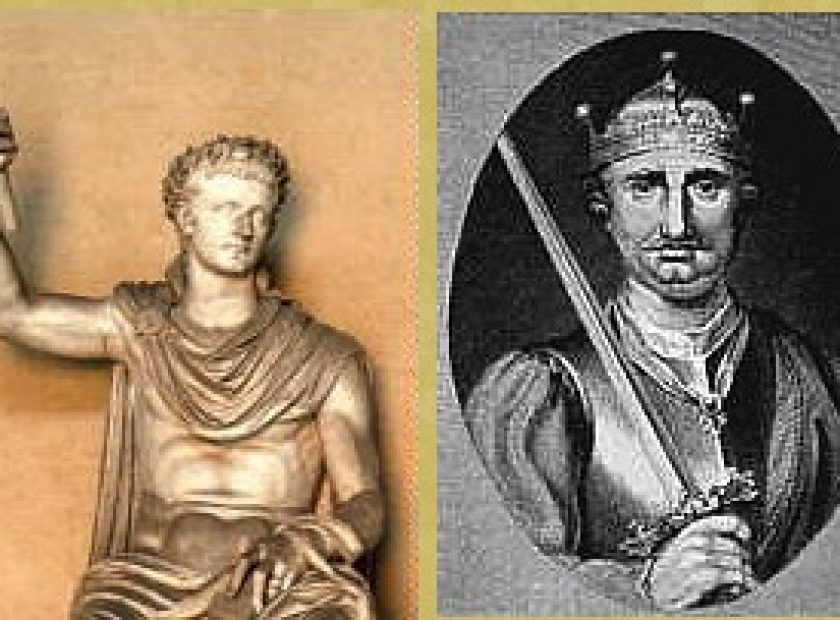 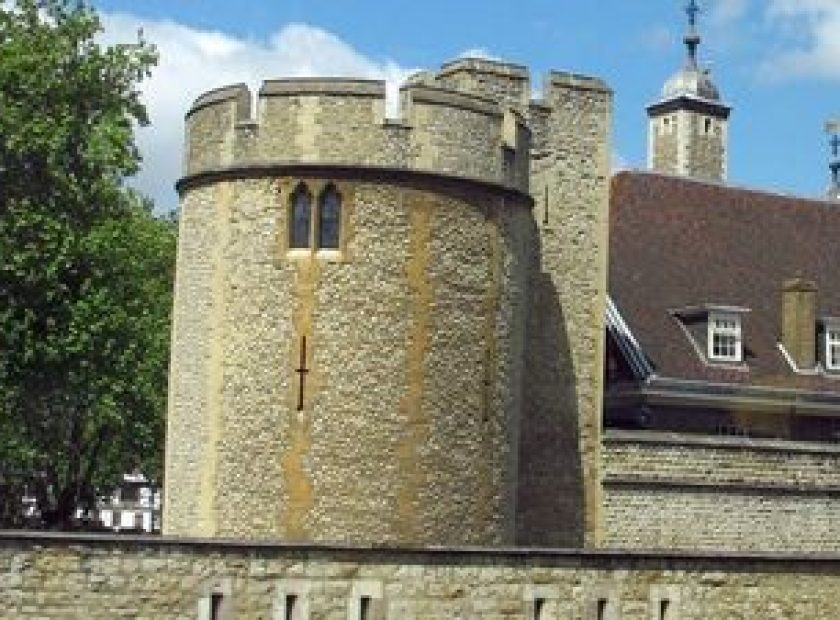